Call it another wild weekend in the world of NASCAR, with yet another brawl stealing away headlines.

A post-race melee between Jeff Gordon and Brad Keselowski sparked an all-out brawl that eventually led to NASCAR fining and suspending a number of Hendrick crew members.

The heated altercation outshined everything in Texas, including Jimmie Johnson’s victory at the AAA Texas 500.

Johnson joins Dale Earnhardt Jr. as the second winner during the trio of Eliminator Round races in the Chase for the Sprint Cup.  Each of the two drivers were eliminated from title contention just a few weeks back.

With the win, Johnson cracks the top five and earns the award as the biggest mover in the latest edition of NASCAR Power Rankings at The Wife Hates Sports.

Joey Logano still owns a large lead in the latest rankings, this time over Kevin Harvick, who moves up to second place after a runner-up finish at Texas.  Jeff Gordon slips to third place, followed by Brad Keselowski and the aforementioned Johnson.

Dale Earnhardt Jr. falls out of this week’s top five, despite a solid sixth place finish over the weekend.

The Chase for the Sprint Cup shifts to Phoenix, and the final race of the Eliminator Round.

Next Up: Quicken Loans Race for Heroes 500 at Phoenix International Raceway on Sunday November 9th at 3pm 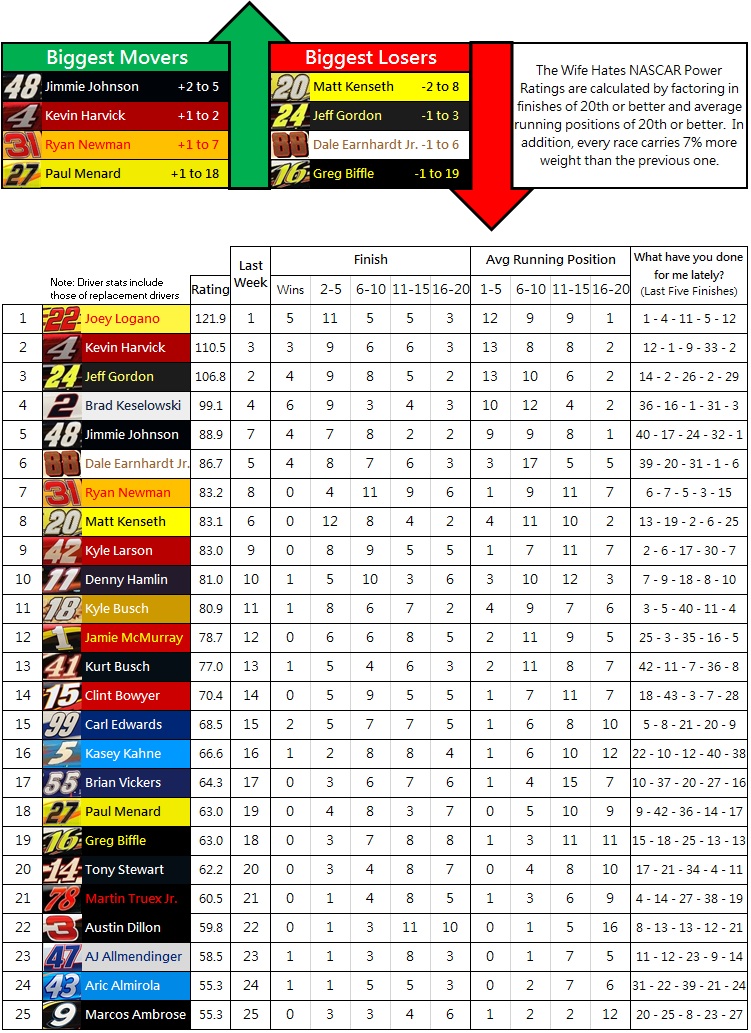