In the latest NASCAR Power Rankings at The Wife Hates Sports, Joey Logano has built a commanding lead.  Logano’s edge has spiked to nearly eighteen ratings points over Kevin Harvick, who remains in second place.  The top five remains unchanged this week, with Jeff Gordon still in third, Brad Keselowski in fourth and Jimmie Johnson in fifth place.

But let’s get back to the race.

Joey Logano has done it again.

Leading 122 laps at the Hollywood Casino 400 over the weekend, Logano took the checkered flag and won for the fifth time this season.

Logano’s victory also guaranteed him a spot in the next round of the Chase for the Sprint Cup.

NEXT UP: Bank of America 500 at Charlotte Motor Speedway on October 11th at 730pm ET 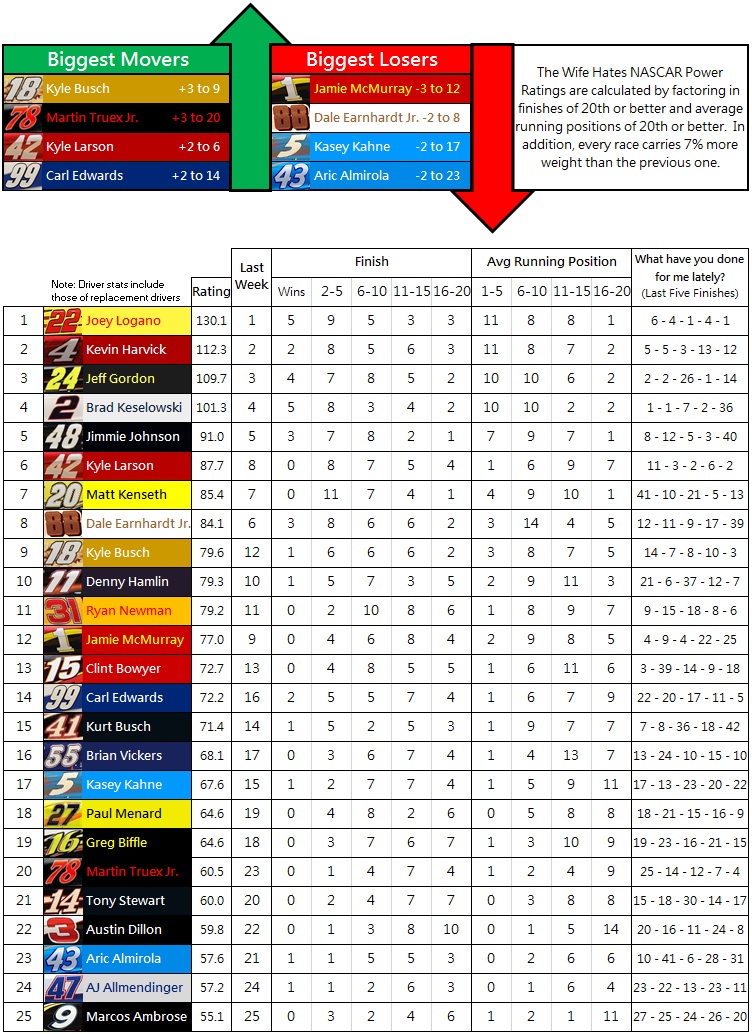