The race at Martinsville caused some significant shifting in the latest edition of NASCAR Power Rankings at The Wife Hates Sports.

Dale Earnhardt Jr. raced to victory at Martinsville over the weekend, his fourth win of the season.  Junior fended off Jeff Gordon, who would have advanced to the Chase for the Sprint Cup finale with a victory.

But the win for Earnhardt Jr. came a week too late, considering he was eliminated from title contention following the Geico 500 race at Talladega on the 19th.

Jimmie Johnson, who was previously in fifth, drops two slots to seventh.

Next Up: AAA Texas 500 at Texas Motor Speedway on Sunday November 2nd at 3pm 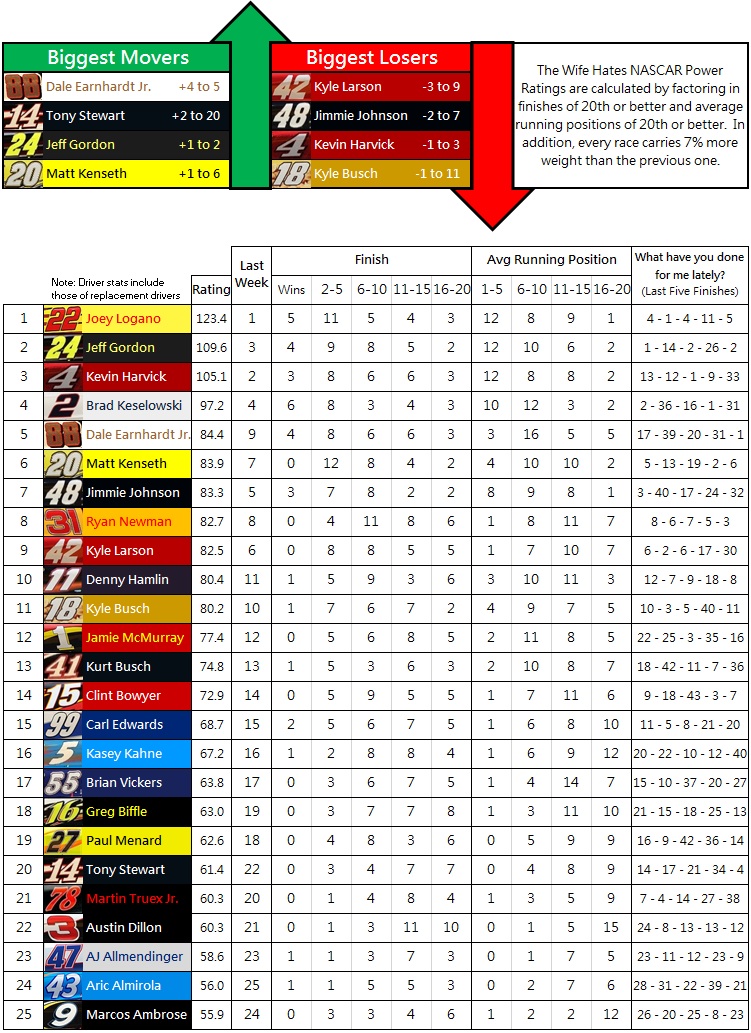