Hands down, Brad Keselowski pieced together the most dominant race performance of the season.  Keselowski led 383 of the 400 laps at Richmond International Raceway, winning the race and earning the top seed in the Chase for the Sprint Cup.  The victory is Keselowski’s fourth of the season.  As a result, he moves up one spot (to fourth place) in the latest edition of NASCAR Power Rankings at The Wife Hates Sports.

Joey Logano, who finished in sixth place at Richmond, holds onto the ratings lead, creating some distance between him and Kevin Harvick, who remains in second.

Jeff Gordon, the runner-up at Richmond, remains in third place following the race.

The aforementioned Keselowski is in fourth, replacing Dale Earnhardt Jr., who falls to fifth.

Next up: MyAFibStory.com 400 at Chicagoland Speedway on Sunday September 14th 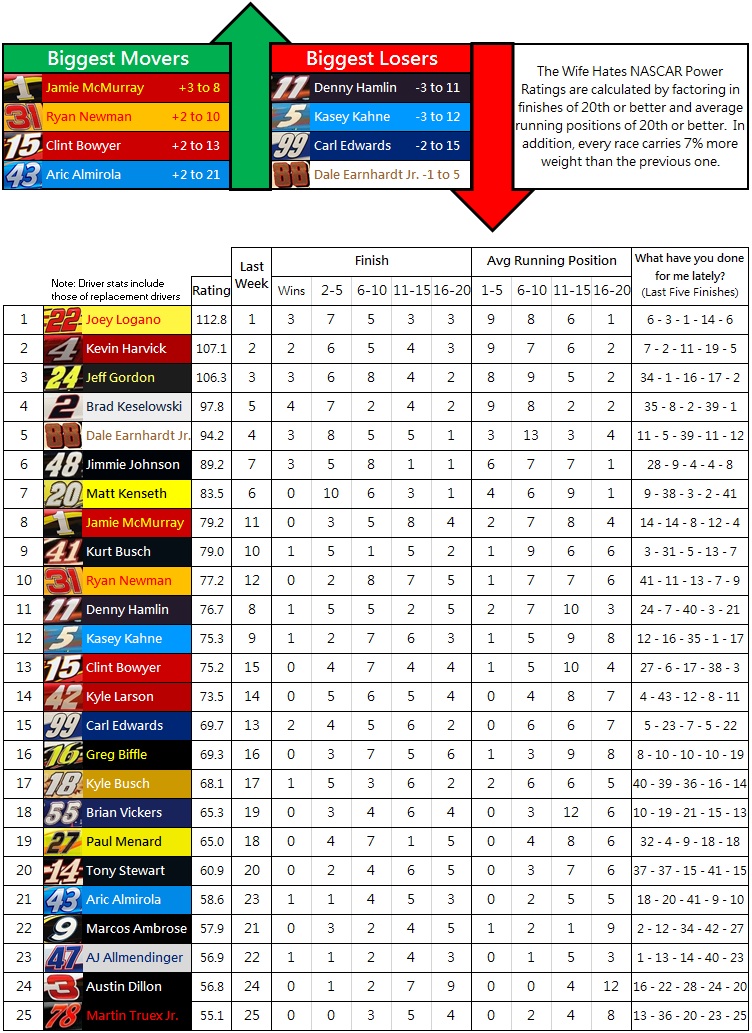