The Chase for the Sprint Cup has officially begun.  The NASCAR Power Rankings continue.

Brad Keselowski built off of last week’s momentum, winning for the second straight week, and taking the Chase opener at Chicagoland Speedway over the weekend.

The victory also earns Keselowski a spot in the second round of the 10-race Chase, as per NASCAR’s new format.

Sunday’s performance gave Keselowski a boost in the latest edition of NASCAR Power Rankings at The Wife Hates Sports.  However, it wasn’t enough to bump him above last week’s top three drivers.

Joey Logano, last week’s ratings leader, continues to hold onto the top spot after a strong performance that saw him finish in fourth place at the MyAFibStory.com 400.  Jeff Gordon – the runner-up at Chicagoland – jumps up one spot to second.  Kevin Harvick slips down a slot to third, despite finishing in fifth over the weekend.

Dale Earnhardt Jr., who finished in 11th over the weekend, is cemented in fifth place, holding a large lead over Jimmie Johnson, who is in sixth. 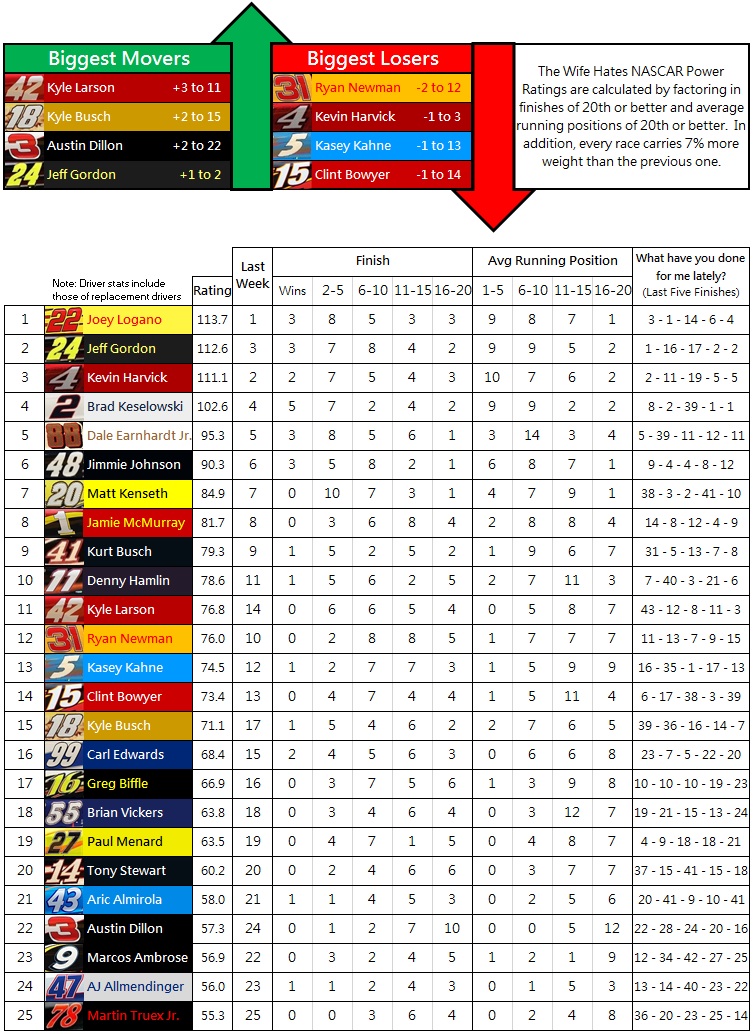