It was “lights out” for a number of drivers at the Sylvania 300 over the weekend.

A NASCAR season-high fifteen cautions occurred at Loudon over the weekend.  The slowdowns led to plenty of challenges for a number of Chase contenders.

Emerging from the dark was Joey Logano, who led 73 laps on the day and landed himself in Victory Lane for the fourth time this season.

As the winner of the second Chase race, Logano joins Brad Keselowski and moves on to the second round.

With the win, Logano increased his lead in the latest edition of NASCAR Power Rankings at The Wife Hates Sports.

The top five remains mostly unchanged, with Kevin Harvick moving up one spot to second, following his third place finish at Loudon.  Jeff Gordon slips one spot to third, after a disappointing 26th-place finish.  Brad Keselowski and Dale Earnhardt Jr. once again round out this week’s top five.

Kyle Larson and Kyle Busch are this week’s biggest movers, each jumping up two spots in the rankings, while Denny Hamlin and Kasey Kahne are the biggest losers of the week, falling two spots.

NEXT UP: AAA 400 at Dover International Speedway on September 28th at 2pm ET 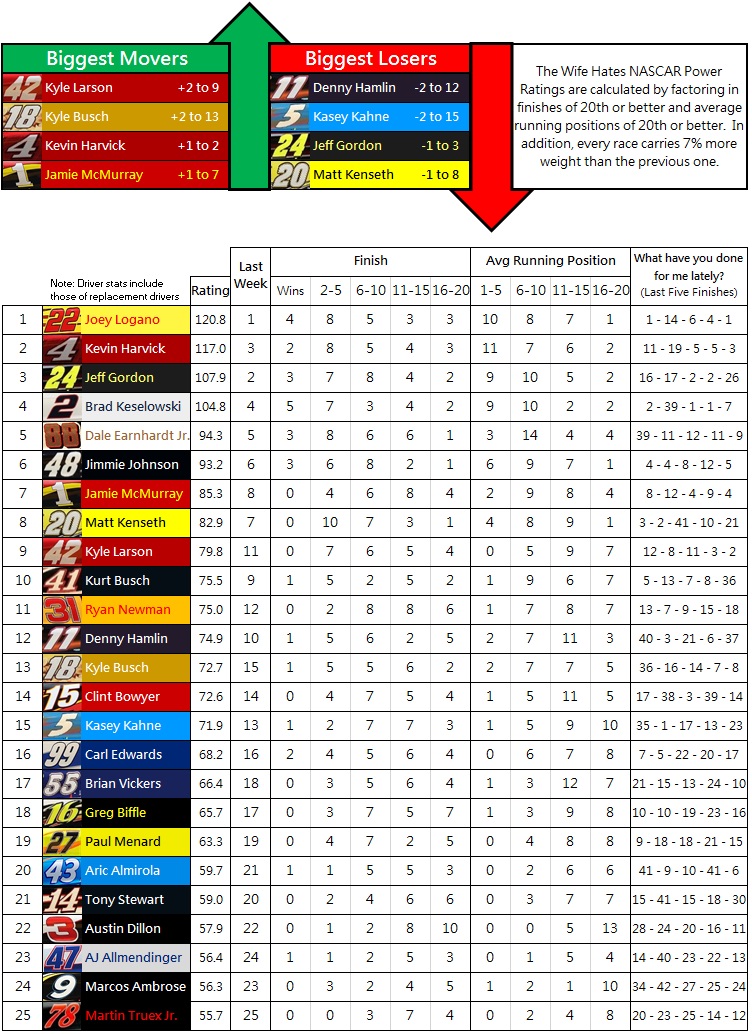