Warning: This BCS supporting dialect may be hazardous to your health.

The BCS – college football’s best-dressed (and only) option in predicting a national champion – is no doubt the most talked about and hated topic in sports.

While the world battles to find the best possible playoff system option as a sequel to this half-man, half-machine monument of controversy, here’s a little nugget to put in college football’s proverbial pipe:

Meaning, there is no perfect solution.

Years down the road, the BCS could eventually crumble, leaving a pile of rubble ready for a new regime to emerge, but how much better will it really be?

Think about it – the BCS – as it stands now – is a mixture of human polls and computer “intelligence”.  There are flaws – and plenty of them. 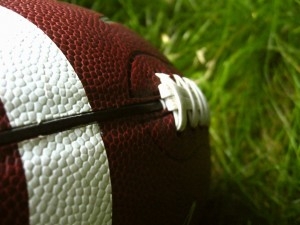 For example, having margin of victory absent from the equation is a problem.  But having it in there is one, too.  For every Iowa of the world that beats Northern Iowa by one point, there’s also a team like last year’s Florida squad that ran up the score on Georgia just to prove a point.  So while margin of victory would be a nice metric to track, it doesn’t fix the system.

It’s actually the minor flaws like this that make the BCS such a hot topic, spreading its plague-like discussions throughout the sports world – but even a slightly adjusted BCS would still create a deafening cry as loud as Autzen Stadium.

The next obvious solution: A playoff.

If you put a playoff in place – featuring an “Elite 8” or “Sweet 16” block of teams – how would it work?  The answer: Based on polls, whether by humans alone or a mixture of human and computers, as the BCS currently functions.

There are only so many football games that a pollster can watch.  Often, a voter resorts to the box score review.  For example, a voter misses the fact that Iowa was well on its way to falling to a sub .500 Indiana team – only to reverse that into an 18-point win – leaving more credit to the Hawkeyes than may be deserved.

The polls are flawed and there’s really only one thing that’s driving the BCS – MONEY.

No matter what the system is in college football, it will be driven entirely by income – meaning the big name schools will make their way up the polls – and for those who think otherwise need to start drinking the BCS Kool-Aid.

Teams climb the polls the better they play and the more they are on TV, and it’s the big name, big dollar schools that wind up on national television the most.

It’s that simple – and it’s a simple equation – and one that will haunt the blooming market of college football for years to come.

For those expecting the BCS to let in the likes of both TCU and Boise State by year’s end should think again.

Even if both TCU and Boise State finish the season undefeated, any system would likely reward a two-loss Notre Dame gold mine before it gave both the Broncos and Horned Frogs the national spotlight.

It’s about finding room for the Notre Dames, the Penn States, the USCs – the big moneymakers with vast fan bases that will travel.

In the end, is it really the BCS that you hate, or is your hostility directed at corporate America, in the sense that anyone and everyone will do anything to make a buck – including you?

Ask yourself this… do you still hate the BCS as much as you did yesterday?

Written by Kevin Paul (The Wife Hates Sports) and featured by AskMen.com on November 6, 2009