The Throwing Tomatoes segment has been on a hiatus for too long instead of running rampant like a painful Brett Favre rumor.  It’s time to show some displeasure for the “goings on” in the sports world with some good ol’ fashioned tomato throwing.

Let the games begin.  Here are this week’s targets…

…for dragging the football world around in his little game of indecision.

…for scheduling a team that would be a 73-point underdog on game day.

The Florida Gators will take on Charleston Southern, and enter the game as an unofficial 73-point favorite.  Yes, you read that correctly.  Therefore, if you’re a betting man, you are banking on 11 touchdowns from Tebow and the boys, with maybe a late fourth quarter field goal by the hapless opponent.  77-3, that would do it.

So my real question is… what’s the over/under on how many open heart surgeries Tebow can perform while watching from the sideline in the second half?

For all the drama that Lane Kiffin has brought before even coaching one game at Tennessee (with the Vols), one has to think that maybe some major portions of Raider nation are crying for him to return, especially after the recent drama with Tom Cable, from questionable game calls (even if its preseason) to punching coaches, and so on.

When will Al Davis don a tophat and charge extra admission to this silver and black circus?

… for predicting that Notre Dame will join Florida in the National Championship game.

Sorry Domers, but this won’t happen, even with a number of weak opponents speckled throughout this year’s schedule.  But, getting back to Coach Holtz… 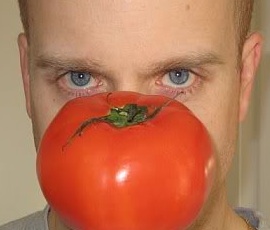 c’mon, really?  There are a number of other teams with more talent and weaker opponents – Penn State for example.

Who’s more of a “Homer”, Coach Lou or the father on the Simpsons?

Brandon and the Broncos

…for a dangerous game of chess, so to speak.

Brandon Marshall has asked to be traded for quite some time, but Denver hasn’t obliged.  Now, the troubled star receiver is staying back as Denver takes a trip for a preseason matchup.  That was the wish of the Broncos.  So what’s next in this dangerous game of chess?

Who knows, but it’s the Broncos fans that are paying the most – and feeling low, a mile high.

Carlos Gonzalez of the Rockies

…for missing time due to cutting his hand with a steak knife.

Is there a lot of bad luck in Colorado or what?  Think back a few years to Clint Barmes injuring himself after falling down the stairs while carrying groceries… and now this incident with Gonzalez.  If not for past history, one could go as far to say this was a rare occurrence.

Or should we say medium rare?

…for blacking out every home game this season already.

The response to this section has been blacked out – our sincere apologies to the readers.

This has been Throwing Tomatoes, where a “red out” always trumps a blackout.

If you like this edition, there are plenty of tomatoes that have been thrown!