Top 10 Signs Brett Favre Will Choose the Vikings Over Retirement

Light up those citronella tiki torches and crack open a Leinie’s Red, Minnesota, because Brett Favre is talking with the Purple People Eaters… again.

Yes, the NFL’s “bad penny” is turning up in the news once again.  Whether he’s talking to Coach Childress or not, here are the signs that Brett will be donning purple this fall.

10 – Brett has been spotted at local libraries reading up on Scandinavian American culture.

9 – The University of Minnesota is now teaching the proper pronunciation of “Favre” in their English 101 course.

7 – At Brett Favre’s Steakhouse, the top selling appetizer is now “Herring on a Stick”.

6 – Favre contacted Bjork about starring alongside him in a sequel of Nanook of the North, but only if she brings the swan dress from the 2004 Academy Awards. 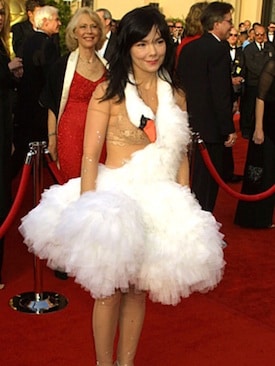 5 – Suddenly Deanna Favre is lactose intolerant, won’t touch apples or Milwaukee’s Best – but instead is all about Grain Belt Beer.

3 – Brett’s kids were spotted planting a Norway pine in the backyard.

2 – Brett’s southern accent has been replaced by a plethora of “yah’s” and “don-chya-no’s”.

1 – Faint sounds of a deep horn have been heard at Favre’s estate in Hattiesburg, MS.

^ Note: This is an edited repost (from last July) featuring slight changes.

Last year, the original poked fun at the tampering charges and the excessive headlines surrounding the Favre-Vikings-Packers drama.

* Please Note: None of these rumors are true. Instead, this post was meant strictly to poke fun at the latest of a line of rumors involving Brett Favre avoiding retirement. Good day – yah!